Website:https://riekotsuji.com/
Published May 26, 2020
This interview took place between Nov 2019 and April 2020
all images copyright and courtesy of the artist 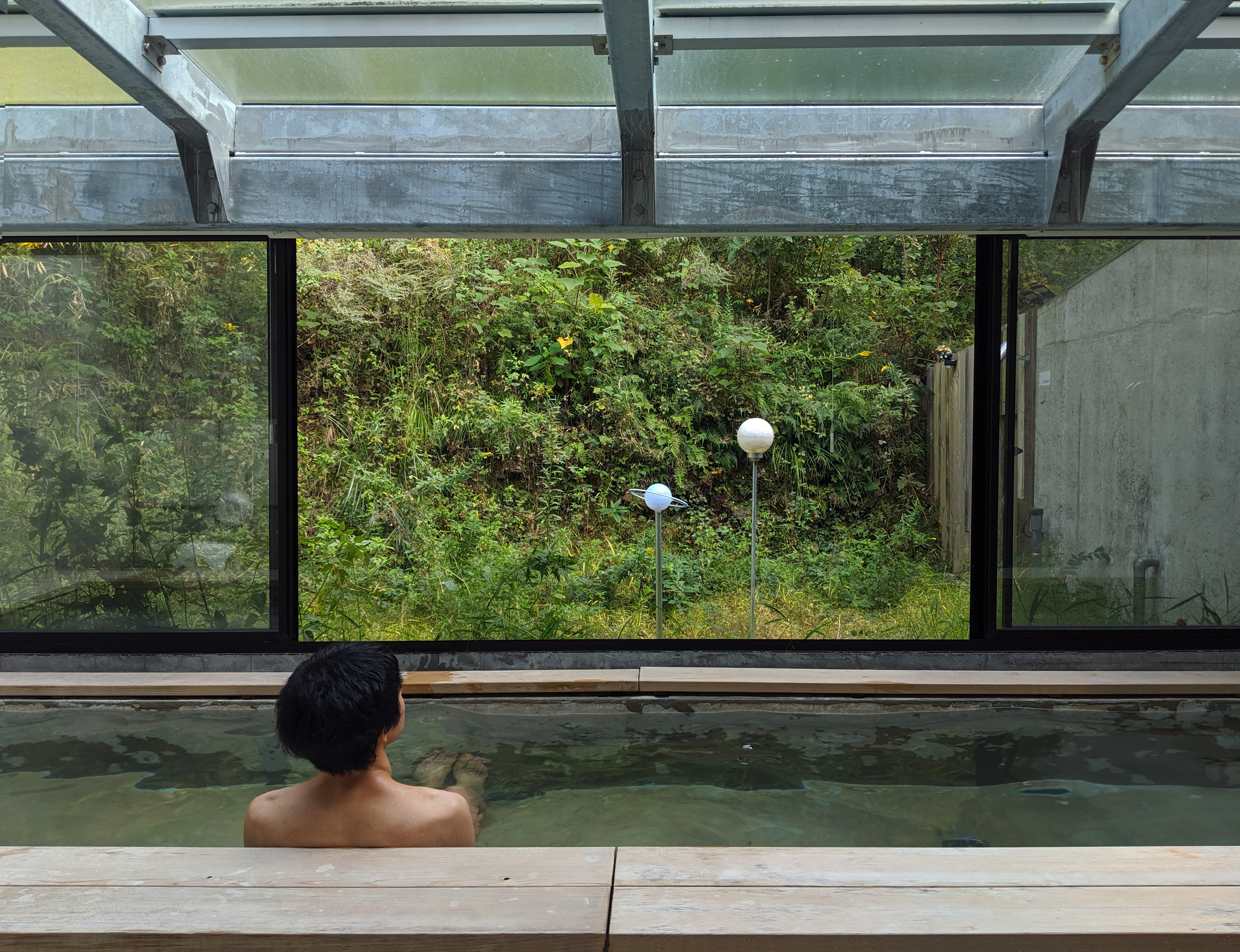 MOONS (朋), 2019
​
Recently, you had a solo exhibition at a guesthouse called Mamma in Teshima, Japan. Can you talk about this exhibition and how you got invited to exhibit at a very unique site?
I had been looking for opportunities to work in  Setouchi for a long time. A friend of mine who lives on Teshima island, which is a part of Setouchi, introduced me to a job that coincided with the Setouchi Triennale, so I decided to take the opportunity. I was talking with a professor of mine who was exhibiting his artwork in Setouchi for the triennale and he introduced me to an exhibition opportunity at Mamma Guesthouse.  I was originally going to exhibit only in the dining area but I was very impressed by how beautiful the bathhouse was and decided to expand my exhibition into this space as well.

Were there any difficulties showing works in the dining room and the bathhouse?
The bathhouse installation was outside so the hardest part was making it waterproof. I also used solar panels to power the LED lights and since I'm terrible at engineering I struggled with that a lot. It was fun though.

​The installation you made was two orbs, kinda like moons, did the orbs glow at night?
They did! I set up a sensor to detect when it got dark outside and rigged it to turn the lights on automatically. By the way the work pictured is the Moon and Saturn - specifically when they appear close to each other in the sky during the moment they share the same right ascension.

They're like friends, are you always interested in astronomy?
Yes! I often use celestial imagery in my work. My piece Fictionality (2017) utilized video footage from the NASA Space Station, and in PARK (2016) I created a model of a planet. I really love thinking about space and I go to a lot of science museums on my own time. I’ll probably continue to use similar elements in the future.

What else did you do in Teshima? Did they let you sleep there for a night or two? Did you go to the Teshima Art Museum?
I couldn’t stay in the guesthouse but I was allowed to use the bathhouse quite a lot. I was in Teshima for about a month and it was completely different from my lifestyle in Tokyo. There’s no supermarkets in Teshima—in order to get groceries you have to leave the island on a boat. I cooked every day because there were no restaurants. My next-door neighbour had a farm and often gave me fresh produce through my window! I got to hop around the other islands to see a lot of exhibitions featured in the Setouchi Triennale during my stay. The whole Setouchi area is so beautiful. Every day I’d pass Teshima Art Museum but I didn’t get a chance to really go inside and I regret that a lot. When I visited three years ago I had such an amazing visit; it felt like I was in a dream.
​
​ 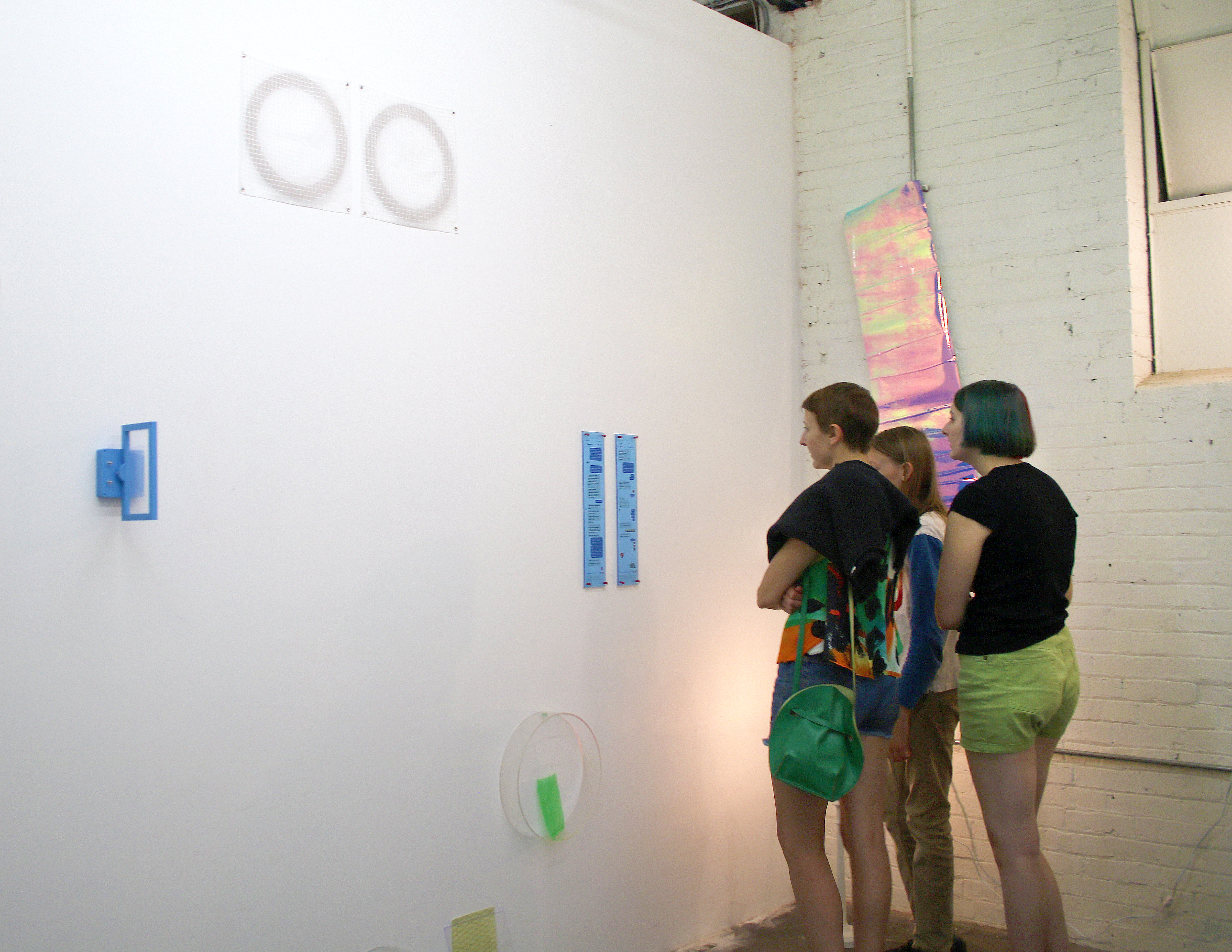 ​Back in summer 2019, you did a residency in Portland, Oregon, how was the experience?
It was an amazing experience—the locals were so nice, the weather was beautiful, and the food was so good! The program gave us time to work in our studios every day and the director of the program also personally took us around to all the different local art spaces in Portland. I was really fascinated by how such a variety of small art spaces were all producing such amazing work. There was a private library run by an artist from her own house, a gallery that was open by appointment only, a gallery owner that showed their friends’ works and sometimes sold their work, sometimes not. It seemed like everyone was able to pursue exactly what they wanted to do creatively without worrying too much about money.

At the time I was working at a big commercial art gallery in Tokyo and being in that environment made me question whether I should be creating work that was more profitable or marketable. But the experience in Portland helped reassure me that my goals as an artist are totally achievable and possible as it is. 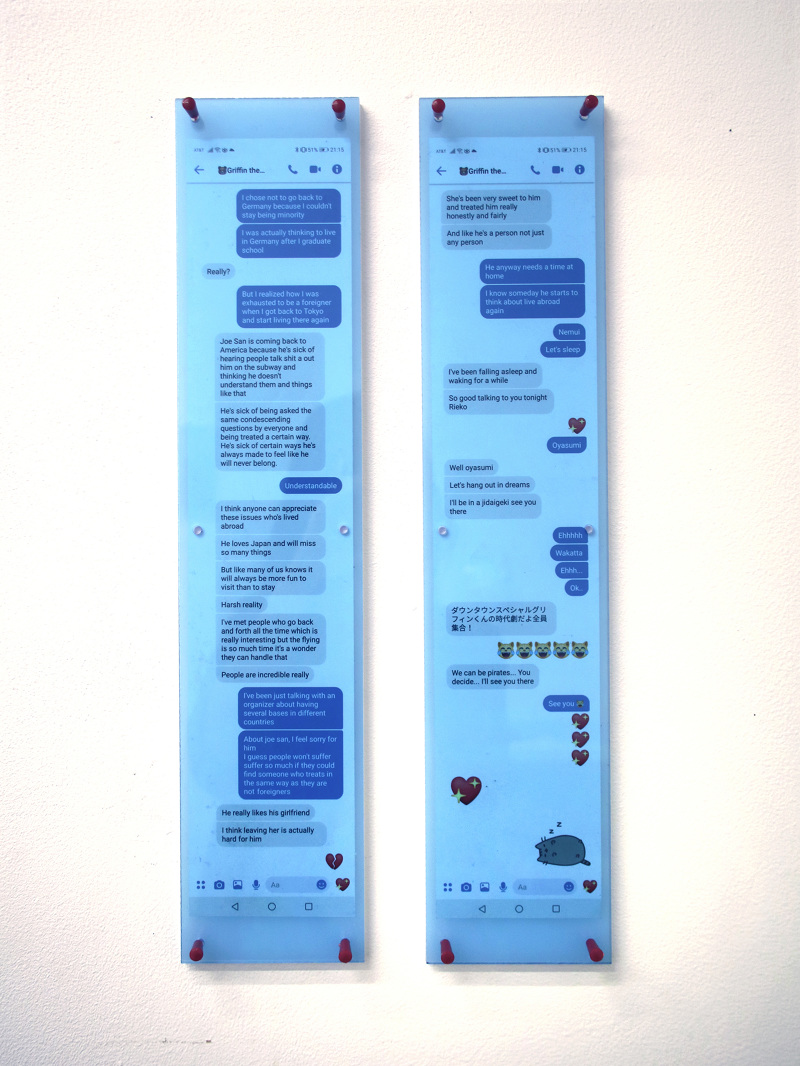 ​During the residency you made an installation called Virtual Romance, the work is based on the conversations between you and an online male friend. How did you meet him? Did he know you made a work based on the interaction?
I met him through an online language exchange website. In the beginning he was just my language partner and it was easy to talk to him, maybe because we didn’t know what each other looked like.  It wasn’t until after I was accepted to the residency in Portland and had made plans to meet in real-life that the conversations started to get flirtatious. That’s when things started to get interesting. It was fun to actually meet and spend time with him, but it didn’t work out relationship-wise and there was heartbreak.
I was inspired to turn this interaction into a piece after thinking about how female musicians in American openly talk about their romantic lives in their songs and how women in Japan don’t. I was fascinated by that cultural gap and wanted to explore that in Virtual Romance. Also, he’s a documentary videographer and was totally on board with the project from the beginning. He was excited and often said, “What we’re doing is ART!” but I think maybe we were just hyping each other up, haha.

What is romance like in Japan? Maybe specifically in Tokyo since you're based in Tokyo.
Hmm, it’s difficult to talk about romance generally cause it depends on each person. On a personal note I want to explore the role of virtual romance games within the context of Japanese romance. I wonder what it’s like to fall for a digital character? I think there’s a lot of people out there who’ve only allowed themselves to be vulnerable to a 2D character and I want to know how that happens-- how people fall in love or are in a relationship with a fictional character. Similarly sex dolls are such an interesting topic. They’re a manifestation of idealized beauty, subject to the one-way desire of their owner. I'm not really sure how I feel about them, but they certainly are thought-provoking. 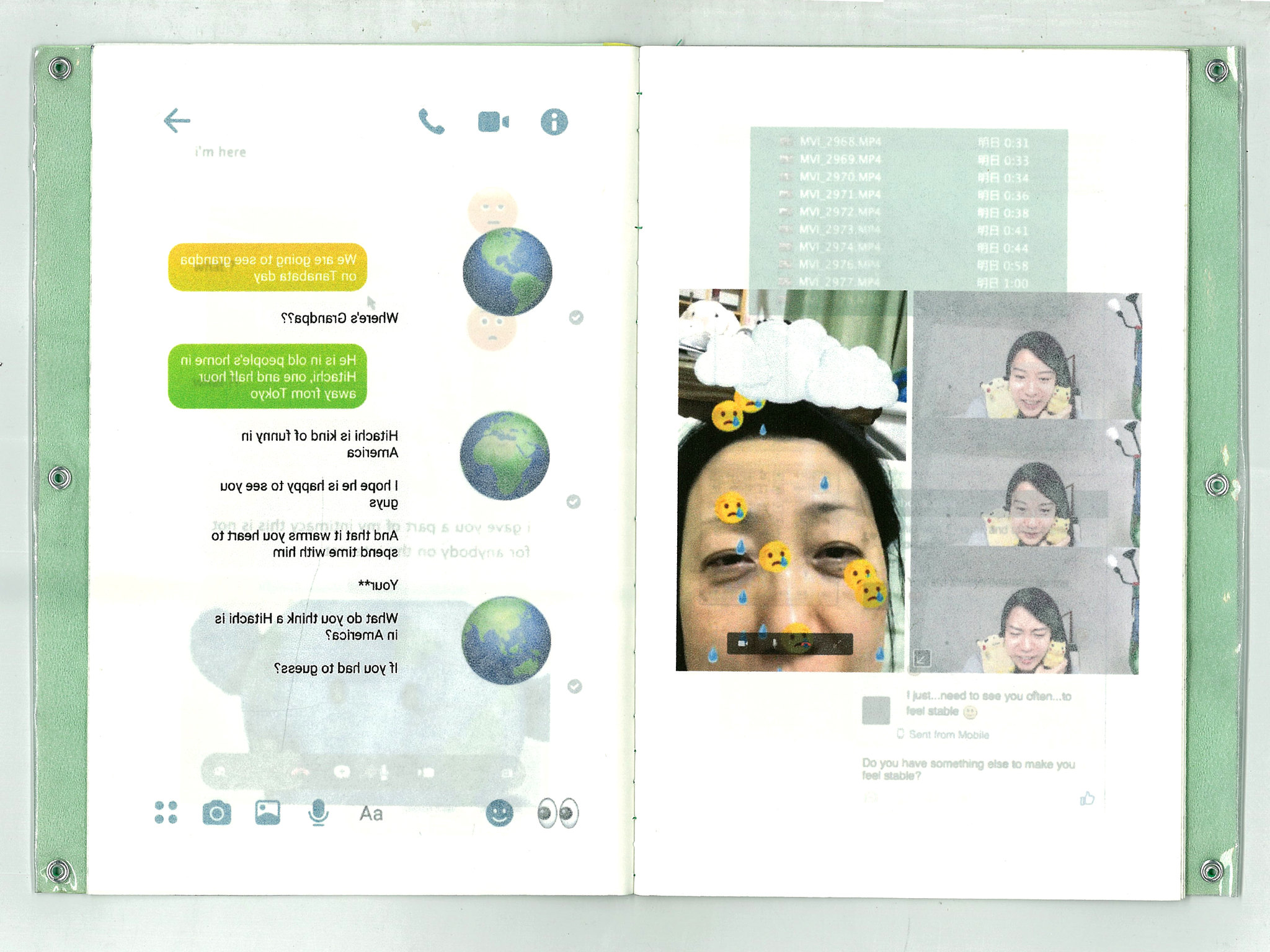 
Talking about virtual games. What about you? Do you have a fictional crush?
I recently played a virtual romance game called Hatoful Boyfriend. "Hato" which sounds like "heart" means "pigeons" in Japanese and in this game you can enjoy romance with cool handsome pigeons. It was a weird but interesting experience. It's a Japanese game but you can also play in English so download and play it if you want to have a bizarre love experience.
I didn't exactly fall for any of the birds, but I have had some fictional crushes in my life. Pikachu is the love of my life. When I was a teenager I was in love with Will Turner from Pirates of the Caribbean; I was always daydreaming about going on adventures with him. The last one might be a little bit different from a fictional crush, but I admire how clever and funny Siri is. I can imagine in the near future there will be many people who fall in love with artificial intelligence.
​
​ 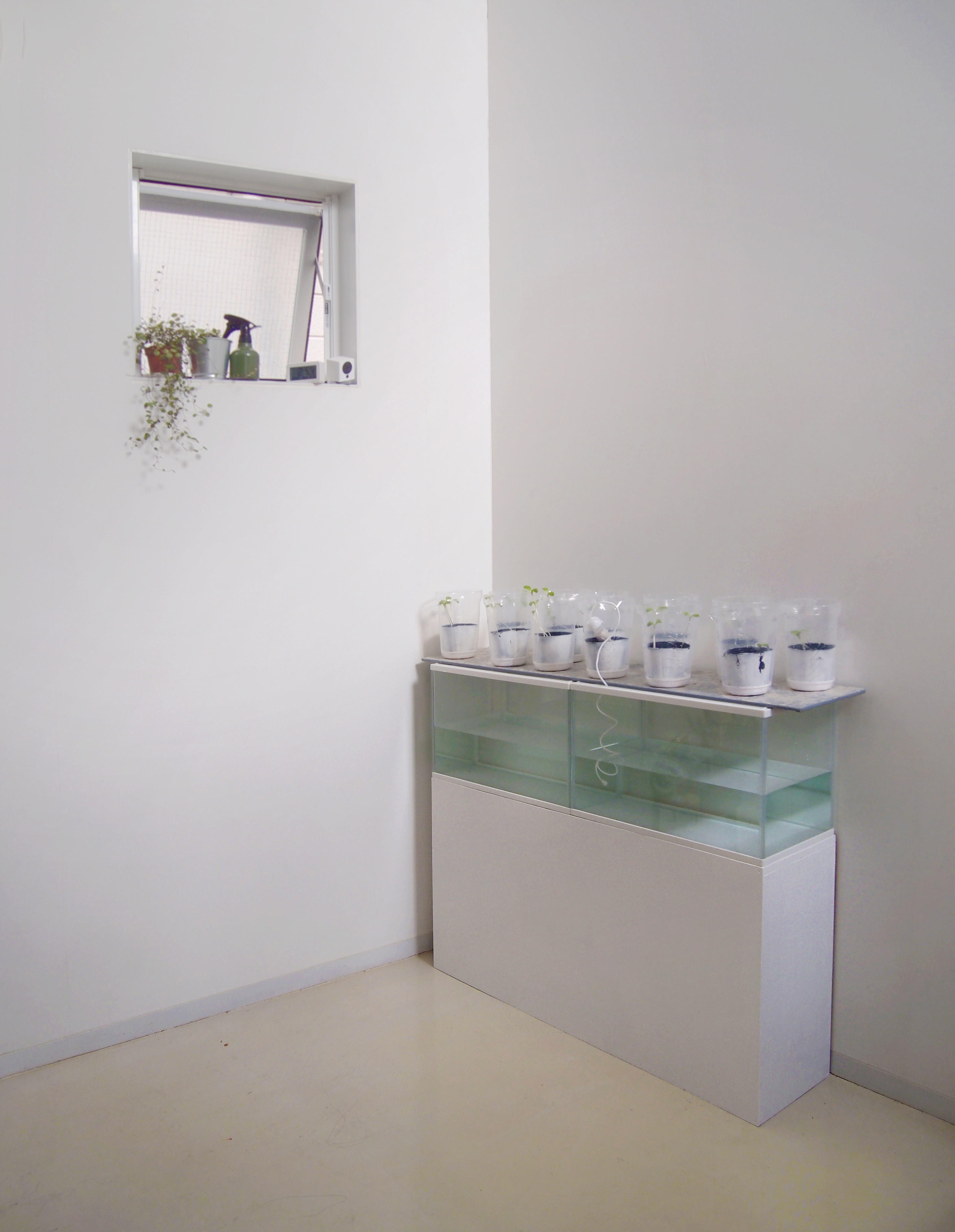 What are you currently working on?
I've been making some growing sculptures at home during quarantine. 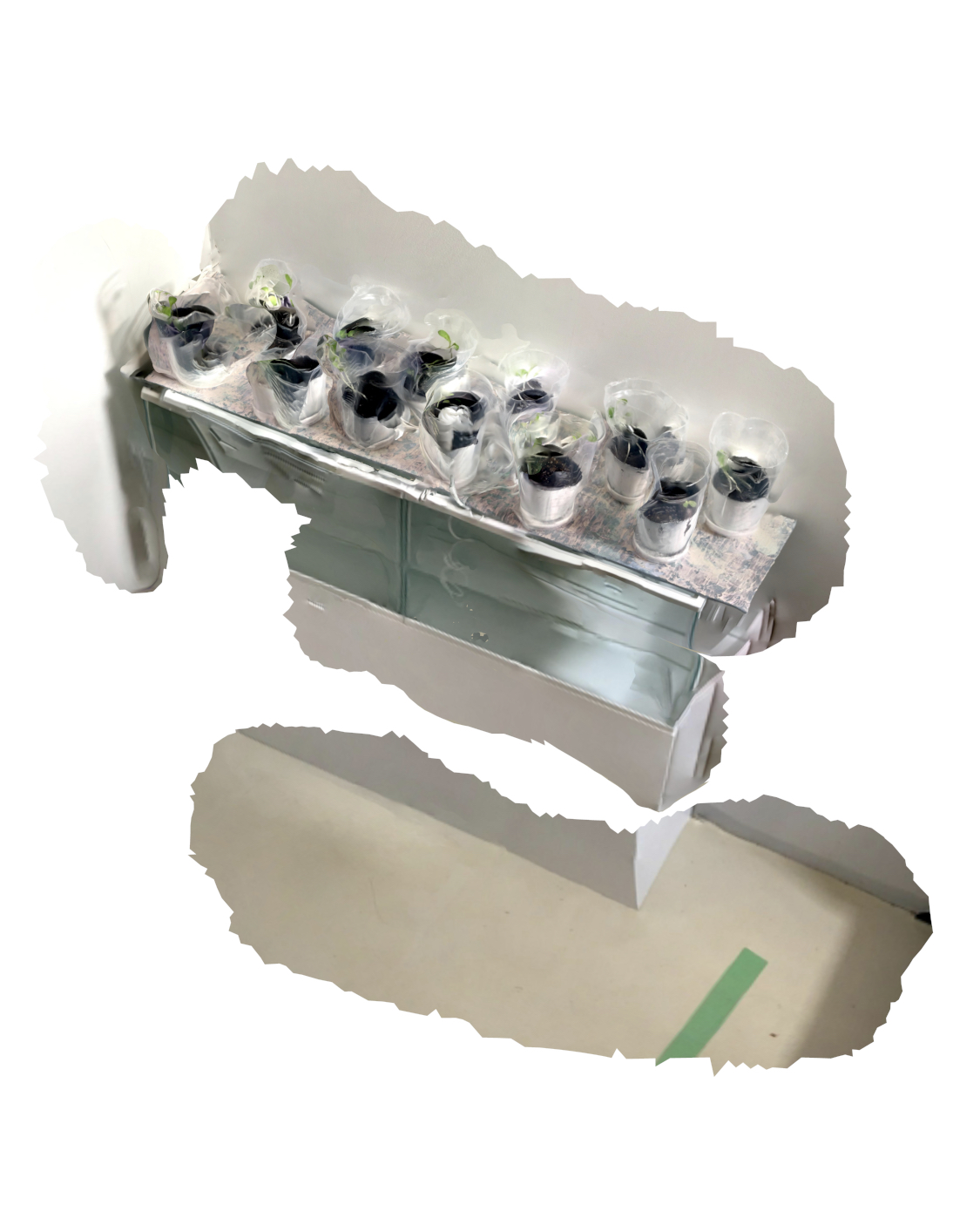